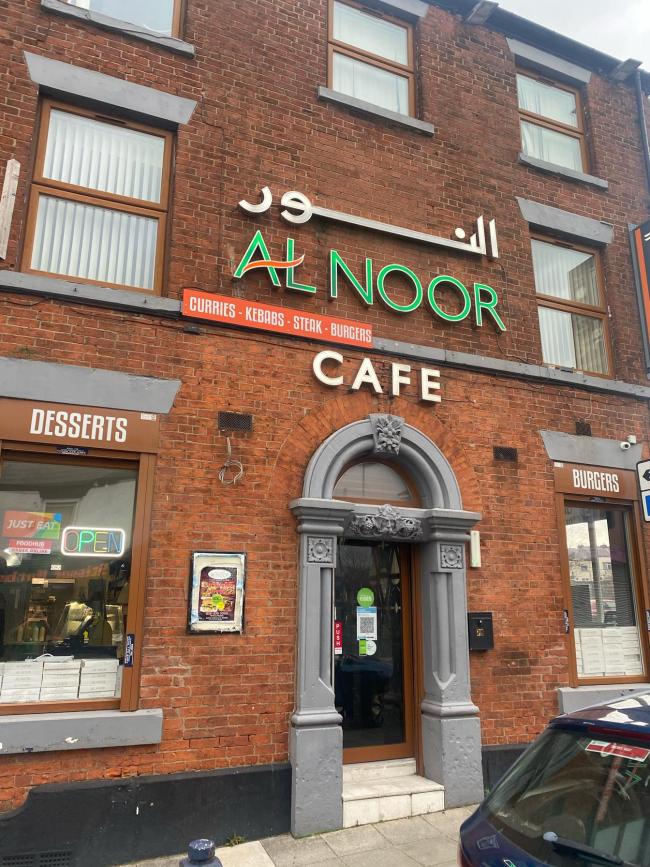 AN ASHTON restaurant owner has been shortlisted in the National Kebab Awards.

Amir Iqbal of Al Noor cafe has is in the best newcomer category for his tasty kebabs.

The chef has been running the cafe since May last year and will rely on votes from customers to win.

Amir said: “It’s an achievement to get this far, it gives your customers the confidence and the business credibility.

“In the last few weeks we have had a fantastic response with our takeaway service and have had great reviews online.

“Customers have been ordering all sorts including the donner kebab, chicking tikka kebab and the keema kebab.”

Amir has been shortlisted with 20 other restaurants including ones in Plymouth and Walsall.

The awards, run in association with JUST EAT and supported by the Kebab Alliance, the sector’s trade body, are in their ninth year and this year have attracted record breaking entries.

They recognise and champion the efforts of local kebab takeaways and restaurants across the UK.

Ibrahim Dogus, founder of the British Kebab Awards and director of the recently formed kebab alliance, said: “Kebab eateries are a key part of the local community and it’s great to see so many entries at the end of a year that has tested every business operating in the hospitality sector.

“Getting to the semi-final is a real achievement given the competition across the country and all outlets should be rightly proud. We wish all semi-finalists the best of luck.”

The semi-finalists all have a chance to secure one of 18 awards at a ceremony at the Park Plaza, Westminster Bridge Hotel, on October 26.