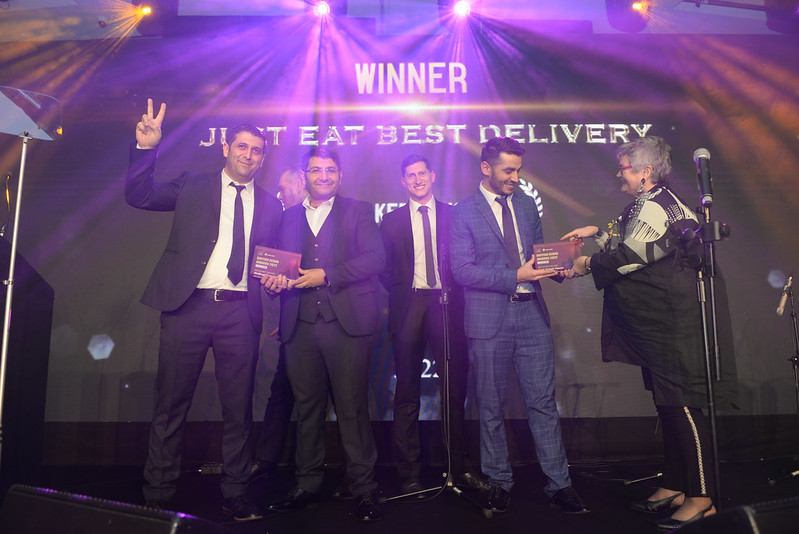 The ings and Queens of the kebab industry were crowned last night on the 1st of March at the tenth annual British Kebab Awards, celebrating their £2.8 billion contributions to the British economy.

The British Kebab Awards, sponsored by Just Eat, were held in the ballroom at the Park Plaza Westminster Bridge Hotel, with an audience of over 1,200 guests including more than 150 MPs and Lords.

Winners took to the stage triumphing in 18 categories, including Chef of the Year,  Kebab Van of the Year, Just Eat Best Delivery and eight regional awards for recognising the best kebab restaurants across the UK.

Andrew Kenny, Managing Director of Just Eat UK, headline sponsor of the awards said: “It’s been an honour for Just Eat to support the British Kebab Awards for the past decade; the event is always a highlight of our year. After an undeniably difficult period for the hospitality sector, there’s never been a better time to recognise the resilient and hard-working individuals across the kebab industry, who are making an invaluable contribution to both their local community and the UK economy. Huge congratulations to all the winners and finalists on their incredible achievement.”

Ibrahim Dogus, Lambeth-based restaurateur and founder of the Kebab Awards said:
‘’We had a fantastic array of nominees for the 10th British Kebab Awards from across the UK in all our categories.  Our judges have had a really hard time choosing the very best of the best.

The awards are for celebrating the chefs, the servers, the drivers, the entrepreneurs and all of the people in our fantastic industry. An industry worth £2.8 billion to the UK economy.
And most of all, celebrating the mighty kebab!
The kebab is a vital part of British cuisine.

The awards receive fantastic support from the British public and Members of Parliament because they recognise the immense value of the kebab industry to our economy. They know that kebab businesses create jobs in catering, distribution, supply and business support.

As we recover from the pandemic and navigate life beyond Brexit, we need the kebab industry like never before.

It’s vital that Lawmakers and Government Ministers – listen to us and hear us when we say we need more support. We need the government to think again on the National Insurance rise, to look again at business rates and increase in VAT.’’

The British Kebab Awards is the only one of its kind to recognise the British kebab industry, which supports 200,000 jobs across restaurants, suppliers and the food industry. Every day, more than 1.5 kebabs are sold across Britain.

A full list of this year’s winners can be found

For winner’s photos only :
https://flic.kr/s/aHBqjzEiJm

For any media enquiries please contact Ibrahim Dogus on 07525185288