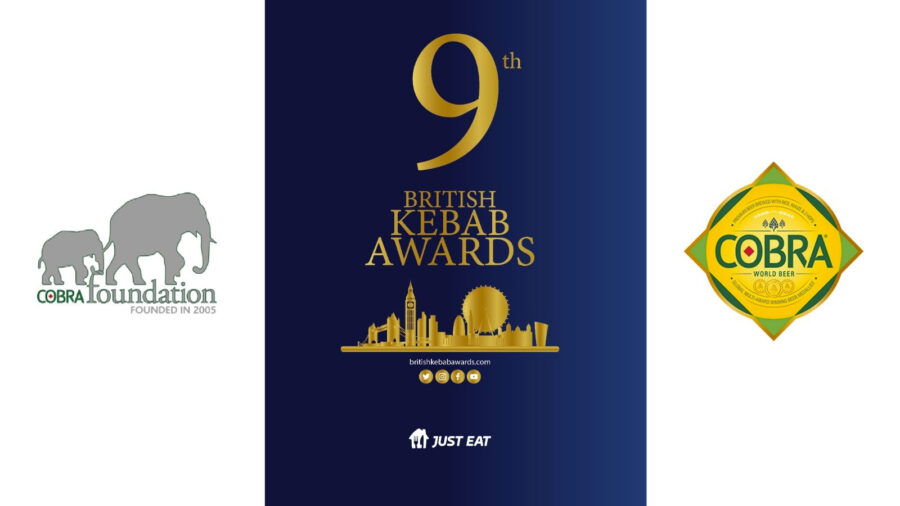 Whilst the hospitality sector is waiting to reopen its doors in April following the current lockdown, the British Kebab Awards has exceeded all expectations given the current circumstances and attracted the most ever entries in its nine-year history.

The Awards, which are sponsored by JUST EAT and supported by the Kebab Alliance, the new industry body recently set up to represent the sector, recognise and champion the efforts of local kebab takeaways and restaurants across the UK. More than 350 entries have made it to the semi-final longlist – the most ever since the awards began in 2013 – and have a chance of winning an award at a prestigious ceremony at the Park Plaza Westminster Bridge Hotel on 26 October.

Business and Industry Minister Nadhim Zahawi, who is currently serving as the Minister for the COVID Vaccine Deployment, said: “I have been a big supporter of the British Kebab Awards since 2013 and look forward to attending the 2021 event and being on the judging panel. Recognising the UK’s thriving kebab restaurant and takeaway sector is very important. I’m proud to be part of this landmark event which will showcase what the sector has to offer and reward the best businesses for their success.”

Andrew Kenny, UK Managing Director of longstanding award sponsors Just Eat, added: “We’re delighted to continue our sponsorship of the British Kebab Awards, which recognises individuals and businesses at the forefront of the kebab industry. Not only do the longlisted restaurants and takeaways serve fantastic food, they also offer a vital source of local jobs, bring diversity to our high streets and make a significant contribution to the UK economy – particularly important at the end of a challenging year.”

Ibrahim Dogus, founder of the British Kebab Awards and Director of the newly formed Kebab Alliance, commented: “This year’s longlist demonstrates the sector’s diversity, with more entries than ever before including from a wide range of restaurants and takeaways across the UK. From twists on the classics, to new vegan varieties, we are proud to celebrate one of the nation’s best loved industries, the kebab industry, as it continues to grow in new and exciting ways. After such a challenging year of COVID lockdowns, the ceremony will also give staff who work in the industry a chance to celebrate.”

Horacio Cal, Away-from-Home CD Director at Unilever, said: “We are delighted to be part of the 2021 British Kebab Awards for the 4th year running and I want to congratulate all the semi-finalists! As our partnership grows stronger, the number of kebab independent restaurants realising the value of offering Unilever ice cream is growing every year. They provide some of our most loved ice cream brands available for every occasion: Magnum (the number one Ice Cream brand in the UK ) and Ben & Jerry’s (the number one dessert in the UK ). We look forward to continuing to work in partnership with the Kebab restaurant industry, as we continue to increase our knowledge of how we can better support this favourite of the British High Street.”

Lord Karan Bilimoria, the Founder and Chairman of Cobra Beer said: “Cobra beer is proud to sponsor the 9th British Kebab Awards. Kebabs have become a great British institution, with over 1 million kebabs sold a day. The Kebab awards celebrate the hard work and achievement of the industry which contributes billions of pounds to the UK economy and employs over 200,000 people. I wish the Kebab Awards team, its inspirational founder Ibrahim Dogus, and all the nominees every success.”

About the British Kebab Awards: