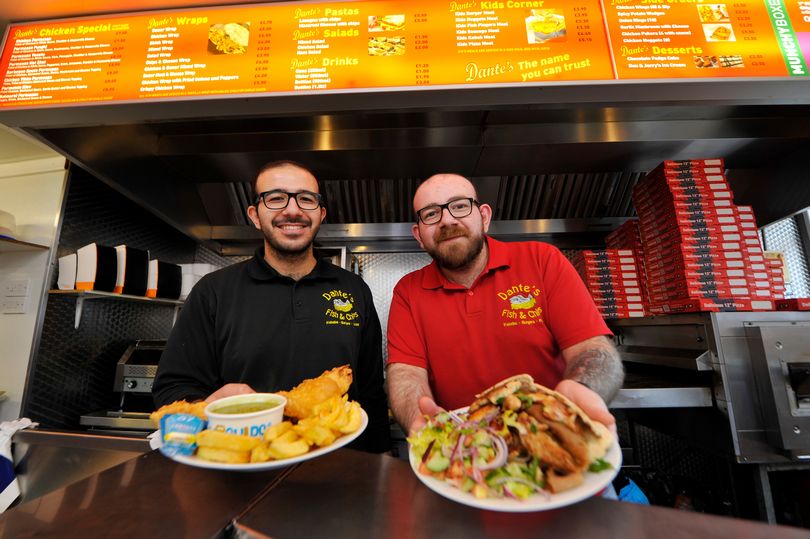 Dante’s fish, chip and kebab takeaway is once again in the running for the national prize

A Dumfries fast food shop has come up with a recipe for success by being nominated once more for the British Kebab Awards.

Dante’s fish, chip and kebab takeaway is in the running for the national prize and already has three previous nominations from the same event.

This time the brothers who own the English street fast food outlet, Erkan and Cerkez Ali Yildirim, are thirsting for success.

Erkan, 28, said: “We have lots of certificates from other contests as well, but no first prizes so it would good to get a first this time.

“We have been here for 11 years and must be one of the longest running kebab shops in the town.

“I was only 17 when we opened up. It is a family business and our kebab recipe is a secret family recipe handed down, so I cannot tell anyone what it is.

“But our best seller is actually our own garlic sauce. People come here just to buy the tubs of garlic sauce.”

Erkan and Cerkez Ali, 22, are savouring their latest success at being nominated for the latter semi-final stages of the competition and hope their Dumfries fans will back their bid for the title.

The awards, run in association with JUST EAT and supported by the Kebab Alliance, are in their ninth year and this year have attracted record breaking entries.

They recognise and champion the efforts of local kebab takeaways and restaurants across the UK.

Fans can register their votes for their favourite kebab shop at : britishkebabawards.co.uk

The final presentation is due to take place in London in October.

Meanhwhile, Princess Takeaway, in Dumfries’ English Street, has also received a nomination for the semi-final stages.