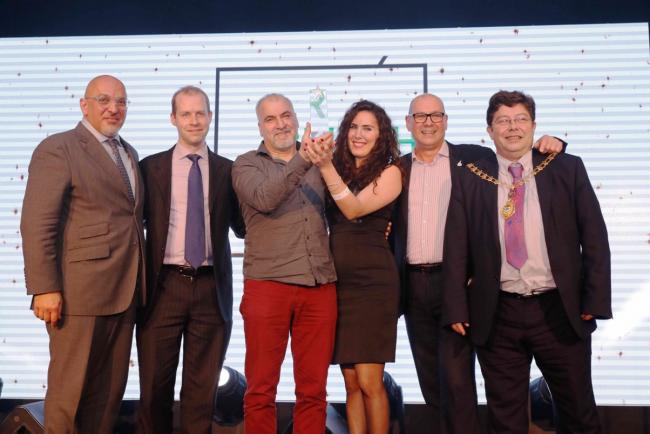 This article was first published on the Ealing Times on 17 March 2018.

A FAMILY-RUN Ealing Broadway firm is the Best Kebab Restaurant in North and West London in the British Kebab Awards.

Ali’s Berlin Doner opened at 40 The Broadway in September. The family had started trading on street markets to save money for the shop and made their dream come true.

Our picture shows father and son Ali and Esra Eroglu with the Mayor of Ealing and jury members.