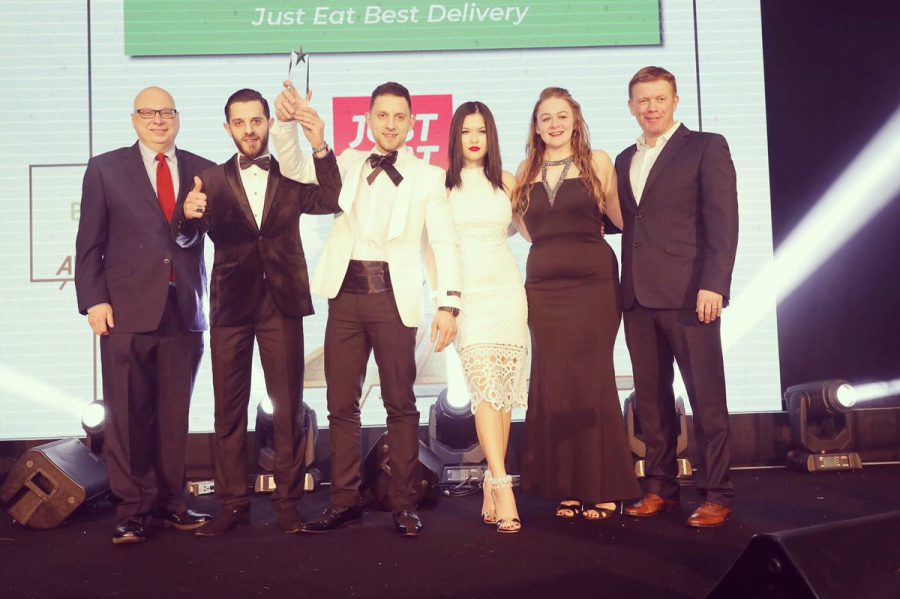 this article was first published on the Dunstable Today on 13 March 2018.

A Turkish takeaway in Dunstable is celebrating after winning Best Delivery at the annual British Kebab Awards.

Irmak BBQ, on High Street North, won the award on Monday night, it follows on from their achievements last year when they were named Highly Recommended Business at The British Kebab Awards and The Best Takeaway In East Of England at The British Takeaway Awards. Brothers Orhan and Zak Gurbuz have been working together in the catering business for over 13 years and opened Irmak BBQ in Dunstable in November 2016.

The brothers said: “It is once again an amazing feeling to be the best in the UK.

“The team has worked very hard to achieve this and we are all proud once again. We would like to thank everyone for their support. We were named as the best in the UK and hope to maintain this achievement.”

Since opening the takeaway has expanded, the brothers opened a second kebab shop in Luton last month.

They have also teamed up with HQ Sports Bar in Dunstable to serve Turkish food at the venue.

They added: “We have a very exciting year ahead of us, with the high demand for our food and service we have taken huge steps in 2018. As well as the branch opening in Luton, Irmak BBQ 2 Luton, we will also be teaming up with HQ Sports Bar in Dunstable. HQ customers will be able to have traditional Turklish food straight from our BBQ grill.

“We have teamed up with both branches as a family to serve the whole of Bedfordshire.”

During the cold and snowy weather Irmak BBQ offered to deliver hot food for free to any elderly residents who were struggling to leave their homes, and they also offered hot Turkish tea to the homeless people in Dunstable.