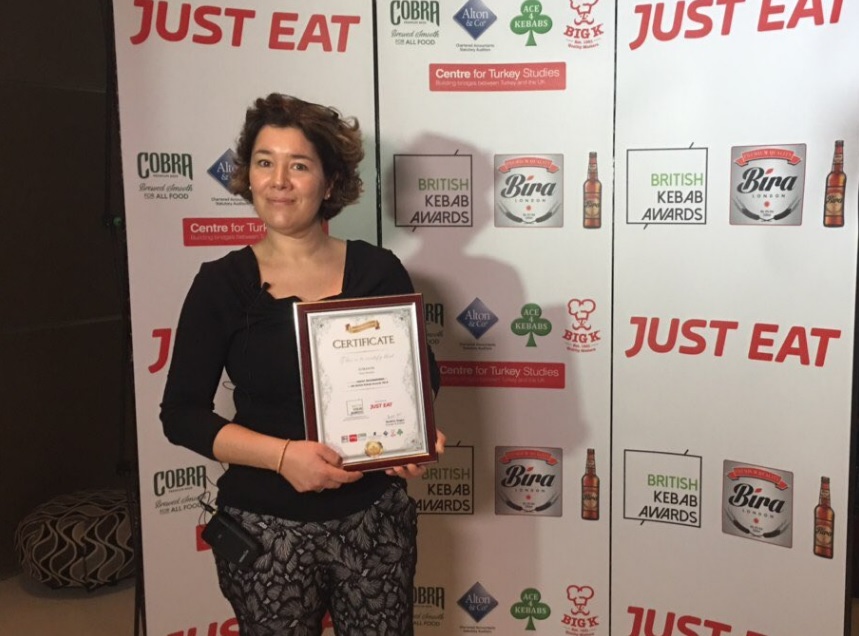 This article was first published on The Star on 16 March 2018.

Many people would think of a kebab as a greasy pile of meat to eat on the way home after five pints at the local pub. But one Sheffield restaurant has redefined that concept, and won national praise for its efforts to take the dish into more gourmet territory.

Lokanta Turkish restaurant in Broomhill was highly recommended in the fine dining category of the British Kebab Awards in London, coming second only to a large restaurant in the capital. “That’s what we set out to do – redefine how people feel about kebabs”, said Ruth Günay, who set up the restaurant with husband Faruk when they came back to Sheffield from Turkey in 2009.

“I think we’ve succeeded in doing that but at the same time the national trend shows that other people are doing that too. “The fact there was a fine dining category in the British Kebab Awards fits in perfectly with that.

“I’m really delighted about Lokanta being highly recommended in the awards.” One of Lokanta’s most popular dishes is its lamb shish kebabs, and the restaurant – which aimed to bring Turkish food into a restaurant setting – has just launched a new bistro menu.

The national kebab awards are in their sixth year and recognise the best in the kebab industry around the UK. The sector is made up of small, independent, and often family run businesses. Awards founder Ibrahim Dogus said in his opening speech that the kebab shop was ‘the light that never goes out on in the British high street.’ n There has been more culinary awards success in South Yorkshire this past week.

The head chef at the Original Dilraj Restaurant, Dodworth, Barnsley, won the Best Chef Asian & Oriental Award 2018 in the north at the Asian and Oriental Chef awards. Saju Miah was presented with his prize at the Cholmondeley Dining Room in the House of Lords. Restaurant manager Miron Rahman said: “This is a humble achievement for us to have received this award in the British Parliament House.” Spring is here – and it’s a time for lambs, balmy weather and new seasonal menus. Both The Florentine pub in Ranmoor and The Botanist bar and restaurant in Leopold Square have launched spring menus