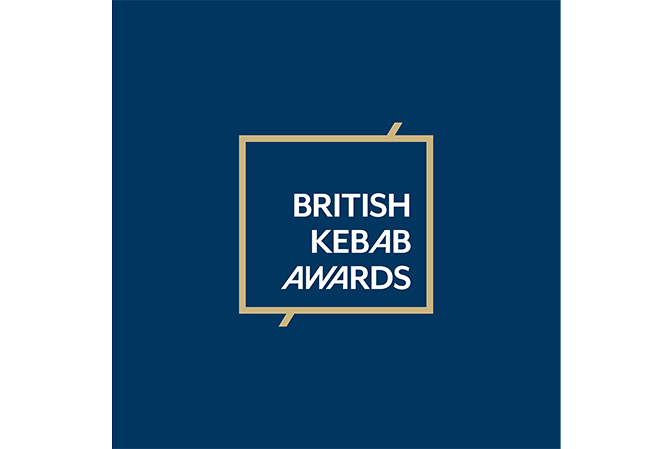 Kebab takeaways and restaurants have been significantly challenged over the past year; but local restaurants across the UK have reason to celebrate, having made it onto the shortlist of the great British Kebab Awards which will crown its winners in October.

The judges have got together and filtered through a huge volume of incredibly high standard entries and the results are now in. Finalists from across the UK have a chance to win one of 18 prestigious awards at the ceremony which takes place at the Park Plaza, Westminster Bridge Hotel, on 26 October.

As a nation we’re proud of our locals. Our local kebab takeaways and restaurants are the beating hearts of our high streets and now, more than ever, kebabs are becoming part of our daily lives. From once being seen as a humble late-night snack after a night out in town, they are now enjoying a glow up and revolution as part of a sit-down meal with family and friends, as a quick healthy lunch or delicious takeaway on the way home from work.

The awards, run in association with JUST EAT and supported by the Kebab Alliance, the sector’s trade body, are in their ninth year and this year have attracted record breaking numbers of entries. They recognise and champion the efforts of local kebab takeaways and restaurants across the UK.

Other sponsors also include major players in the kebab industry such as Unilever and its leading brands Hellman’s and Ben & Jerry’s, McCain Foodservice, Coca-Cola and Cobra Beer, to name a few.

Ibrahim Dogus, founder of the British Kebab Awards and Director of the recently formed Kebab Alliance, commented: “Kebab eateries are a key part of the local community and it’s great to see so many entries at the end of a year that has tested every business operating in the hospitality sector. Getting to the shortlist is a real achievement given the competition across the country and all outlets should be rightly proud. We wish all finalists the best of luck.”

Sadiq Khan, Mayor of London said: “I would like to send my best wishes to the British Kebab Awards and congratulate all the nominees. This ceremony is one of the highlights of London’s calendar and a chance to celebrate a much-loved cuisine of Londoners. London has a thriving hospitality and restaurant trade, and these awards highlight the importance of the kebab industry’s contributions to the city’s culture and economy.”

Andrew Kenny, UK Managing Director of longstanding award sponsors Just Eat, added: “We’re delighted to continue our sponsorship of the British Kebab Awards, which recognises individuals and businesses at the forefront of the kebab industry. Not only do the shortlisted restaurants and takeaways serve fantastic food, they also offer a vital source of local jobs, bring diversity to our high streets and make a significant contribution to the UK economy – particularly important at the end of a challenging year.”

Nadhim Zahawi MP, Parliamentary Under-Secretary of State for COVID-19 Vaccine Deployment, comments: “Like much of the hospitality sector, Kebab Houses were hit hard by the pandemic. Which is why there has never been a better time to fan the flames of Britain’s love affair with kebabs than by supporting The British Kebab Awards this year. This year’s awards serve not just as an opportunity to recognise the Kebab Houses which have continued to excite palates and fill stomachs in the face of so much adversity, but also as an opportunity to stride towards enhanced standards and an ever more vibrant industry as we emerge from the ashes of coronavirus.”

Horacio Cal, Away-from-Home CD Director at Unilever, said: “We are delighted to be part of the 2021 British Kebab Awards for the 4th year running and I want to congratulate all the semi-finalists! As our partnership grows stronger, the number of kebab independent restaurants realising the value of offering Unilever ice cream is growing every year. They provide some of our most loved ice cream brands available for every occasion: Magnum (the number one Ice Cream brand in the UK) and Ben & Jerry’s (the number one dessert in the UK). We look forward to continuing to work in partnership with the Kebab restaurant industry, as we continue to increase our knowledge of how we can better support this favourite of the British High Street.”

Further endorsements from high profile figures can be seen at https://britishkebabawards.co.uk/category/endorsements/

To view the full list of finalists see https://britishkebabawards.co.uk/british-kebab-awards-2021-finalists/