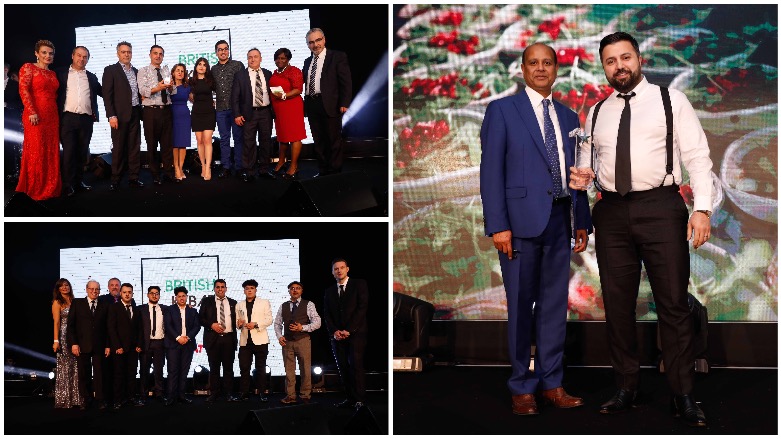 The sixth annual British Kebeb Awards were held in London, the United Kingdom on Monday where most of the winners were Kurdish restaurant owners.

Mazlum Demir, a Kurd who owns the Skewd Kitchen in northern London, won the Chef of the Year award for the second year in a row.

This year, members of the public nominated over 5,000 kebab shops before a shortlist of 153 were decided based on the number of public votes. Kebab business owners across the UK, Scotland, Northern Ireland, and Wales competed in 16 categories.

The judges for the British Kebab Awards included Kurdish Member of Parliament Nadhim Zahawi among other British politicians and personalities.

Over 1,200 guests including more than 100 MPs and Lords attended the award ceremony at the Park Plaza Westminster Bridge Hotel in central London.

The founder of the awards, Ibrahim Dogus, a Kurd and restaurateur who owns the famous Troia kebab restaurant, said the traditional food “is on the march to be Britain’s national dish, and the excitement around this event grows every year.”

“British foodies are showing appreciation for this ancient style of cooking, and competition is getting extremely hot,” he added.

According to a press release by the British Kebab Awards, the annual event is the only one to recognize the contribution made by the kebab industry to the British economy – worth over £2.8 billion a year, supporting around 200,000 jobs.

There are over 20,000 kebab outlets in the UK today selling around 2,500 tonnes of lamb and chicken doner per week.