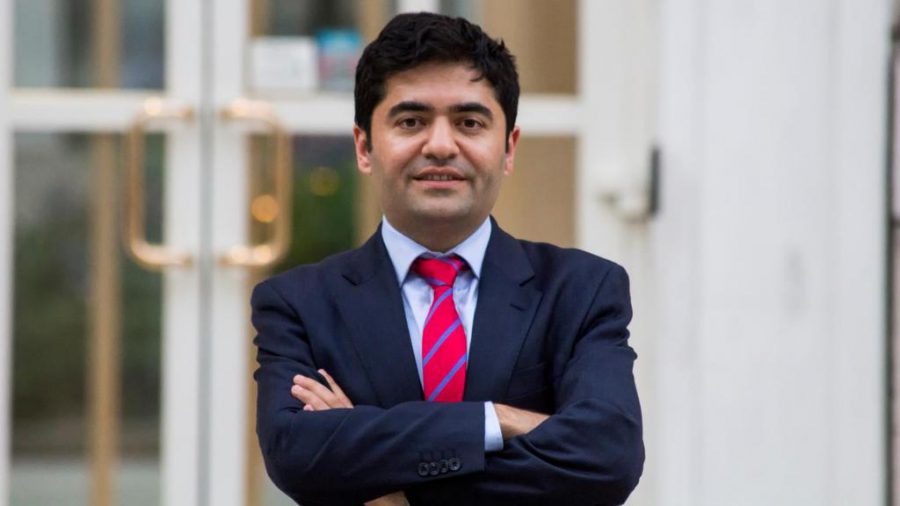 This article was first published on The National on 14 March 2018.

In 2001, the United Kingdom’s then foreign secretary Robin Cook declared chicken tikka masala Britain’s national dish in a seminal speech in which he extolled the virtues of multiculturalism.

Seventeen years on, the reign of the tikka masala is almost over and the kebab is set to be crowned king – that is according to Ibrahim Dogus, the dynamic businessman, community activist and founder of the British Kebab Awards.

“The kebab industry is growing, it’s going from strength to strength and next year we will run a poll and we will prove kebab is the national dish of Britain,” he tells me while at his Westminster Kitchen eatery.

A bold statement to make, yes, but if anyone is qualified to make such a claim, it’s Dogus.

Born in Turkey to Kurdish parents, the now 37-year-old made the move to Britain in 1994 with his family to join his father who had claimed political asylum a few years earlier.

Despite not speaking English when he arrived, Dogus has since become the owner of three successful restaurants and is one of the most recognisable voices in the Kurdish community in London.

Working his way up from a kitchen porter to waiter to assistant manager at Turkish restaurant Sofra in Mayfair, he went on to buy his first restaurant at the age of just 23.

“I had no money, I had no access to finance in any way, I was working in a restaurant for a long time but I’m a big saver, I saved a lot of money,” he says.

However, it is as the founder of the British Kebab Awards that Dogus is most well-known, the event draws Britain’s top politicians and a great deal of media attention. Last year saw the likes of Labour Party leader Jeremy Corbyn and London’s mayor Sadiq Khan in the crowd.

Dubbed the KeBAFTAs, the first awards were held in 2013. The awards, which were this year handed out earlier this week, were designed to improve standards in the kebab industry.

“There’s plenty of achievements we have targeted through the kebab awards. We wanted to raise standards in the industry, to make sure the industry is providing the best quality with the most reasonable prices,” Dogus explains. “Entrants have to have high standards to be put on the shortlist.”

The UK’s kebab industry has come a long way since the first kebab shop opened in the 1940s. It now contributes £2.8 billion to the British economy annually and employs around 200,000 people.

For Dogus, the continued success of the kebab is the ability of the industry to adapt to the times. “The food is healthy. It’s the healthiest dish you can find on the high street and there’s a huge variety,” he says. “We now even have vegan kebab restaurants being established and vegetarian kebab restaurants that are growing. We are following the trends and we are becoming consumer conscious.

“It’s such a diverse industry. It started from a takeaway van to a takeaway premises, to a sit-down restaurant and now the kebab has moved into fine-dining.”

Helping immigrant communities integrate into British life: ‘There was nobody to help me’

As well as a celebration of the nation’s favourite takeaway treat, the awards are a way to help integrate Britain’s kebab shop and restaurant workers, who are often from Turkish and Kurdish communities.

“The awards help those members of the community to integrate further. It’s the British Kebab Awards, not the Turkish or Kurdish Kebab Awards, because British is the identity and it helps our communities to settle in a very positive way.”

Dogus’ passion to help immigrant communities integrate better into British life comes from his own upbringing, where there was little provision for refugees and migrants who had settled in the UK to learn English.

“There was nobody to help me so I have to be there for those who come after me,” he says.