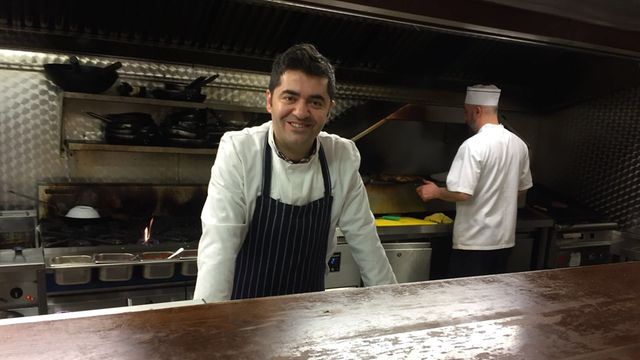 Newham kebab shops and suppliers have bagged a place in the semi-final of national industry awards.

The Ottoman Doner in Manor Park, the Best Turkish Kebab in East Ham and Anatolian Foods in Beckton have been longlisted at the ninth annual British Kebab Awards 2021.

Ottoman is named in the Best Kebab Restaurant in South and East London category, Best Turkish Kebab is recognised in the Best Takeaway in London list and Anatolian is in the running for Supplier of the Year.

Run in association with Just Eat, the awards are supported by a recently-formed trade body for the £2.8 billion UK industry, The Kebab Alliance.

East Ham MP Stephen Timms said: “I am delighted that these three businesses have been long-listed for the prestigious British Kebab Awards, which highlights their contribution to the kebab industry in the UK.

“I wish them many congratulations for their success so far and wish them good luck in the semi-finals.”

The British Kebab Awards, which attracted a “record-breaking” number of entries this year, aims to recognise the efforts of local takeaway and restaurants in the UK.

Ibrahim Dogus, founder of the awards and director of The Kebab Alliance, said: “Kebab eateries are a key part of the local community and it’s great to see so many entries at the end of a year that has tested every business operating in the hospitality sector.

“Getting to the semi-final is a real achievement given the competition across the country and all outlets should be rightly proud.”

The winner of each category will be announced at a ceremony at the Park Plaza Westminster Bridge Hotel on October 26.

They will be selected through public vote and judges, who include Conservative MP Nadhim Zahawi, Labour MP Carolyn Harris, assistant general secretary of Unite Steve Turner and David Galman from Galliard Homes.

Mr Zahawi, who is business and industry minister and minister for the Covid vaccine deployment, said: “Recognising the UK’s thriving kebab restaurant and takeaway sector is very important. I’m proud to be part of this landmark event which will showcase what the sector has to offer and reward the best businesses for their success.”