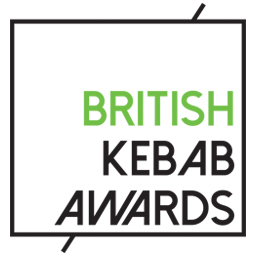 The 7th British Kebab Awards will be held on 18th March 2019. Book your tickets NOW!

We are delighted and proud to announce that the 7th annual British Kebab Awards sponsored by Just Eat will be held on Monday 18th March 2019 at the Westminster Park Plaza Hotel.

The event will take place as follows:

Each year, the British Kebab Awards goes from strength to strength. At the 2018 awards, approximately 1,200 people attended and the event was hosted by Lucy Horobin and Tim John from Heart radio.

Winners were presented their awards by distinguished figures from across the worlds of politics media and business, including Frances O’Grady, General Secretary of the Trade Union Council; Lord Bilimoria, founder of Cobra Beer; and Jim Pickard, Chief Political Correspondent for the Financial Times.

They were joined by media personalities such as the BBC’s John Pienaar and Sky New’s Faisal Islam, and journalists from the New Statesman, the Spectator, the Wall Street Journal, the Telegraph, the Times, the Sun and the Mirror.

Check out our highlights video from the memorable evening.

The awards will once again be sponsored by our friends at Just Eat and major companies including Cobra Beer. If you would like to become a sponsor, please email [email protected]

For more on the British Kebab Awards, please see our magazines from previous years.

If you know an excellent kebab shop, restaurant or takeaway that you feel deserves recognition, please go to www.voting.britishkebabawards.co.uk to nominate/vote. We’ve already received thousands of votes but it isn’t too late to have your say! This year, we will be recognising culinary excellence in the following categories:

Deadline for voting is 22nd January 2019. Shortlists for each category will be announced on 1st February 2019.

The Kebab industry has become a huge contributor to Britain’s economic and cultural landscape, and the success of the British Kebab Awards shows just how important the Kebab has become. We hope you can join us to celebrate this momentous occasion on 18th March 2018!