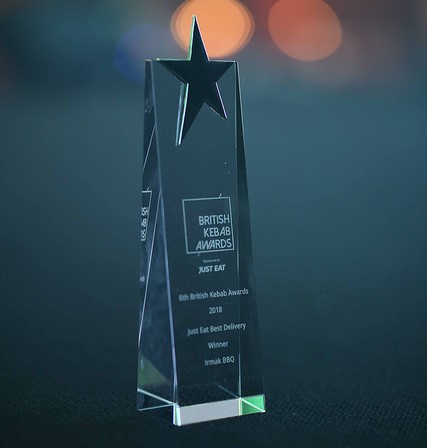 Tuesday the 22nd of January will be the last chance for the public to submit nominations for the prestigious British Kebab Awards.

Whether it is an elegant restaurant, family-friendly eatery or a favourite takeaway shop, now is the last chance to see them recognised!

What are the British Kebab Awards?

For the last 7 years, the British Kebab Awards have showcased the best of the United Kingdom’s kebab businesses. What was established as a small reception back in 2013 has now grown into a tremendous ceremony hosting over a thousand people four years in a row. As in previous years, the British Kebab Awards 2019 promises to be a grand evening attended by a variety of prominent politicians, journalists and members of the business community.

The founder of the British Kebab Awards, Ibrahim Dogus said: “The awards are about applauding the contribution made to Britain by the kebab industry, recognising excellence, and affirming the kebab’s place as the nation’s favourite food”

How will the winners be selected?

Those wishing to nominate a business can do so, by filling in a simple form in the ‘voting’ section of the award’s website.

Every vote from a member of the public is worth 2 points. If a business is nominated by 100 people then it will be given 200 points.

The kebab businesses with the most votes in each category will be shortlisted for assessment by our judging panel including industry experts and politicians.

The shortlists for each category will be announced on the 1st of February.

Our judges will select winners by conducting discreet visits and undertaking a variety of enquiries regarding the nominated business.

Contributing to the UK’s economic and cultural scene

The Kebab industry has become a huge contributor to Britain’s economic and cultural scene. Organised by Centre for Turkey Studies and sponsored by major companies including Just Eat and Cobra Beer, the success of the British Kebab Awards shows just how important a part of the UK’s culinary landscape the kebab has become.

“As the UK’s main showcase for the £2.2 bn a year industry, the British Kebab Awards recognise the best in the business. They celebrate the stories behind the nation’s favourite kebab houses, from the important contribution that restaurants, suppliers and workers make to the UK economy, to the cultural significance of the kebab as one of Britain’s best-loved foods.” – Just Eat

Become a part of this journey by voting for your favourite kebab business before the 22nd of January!