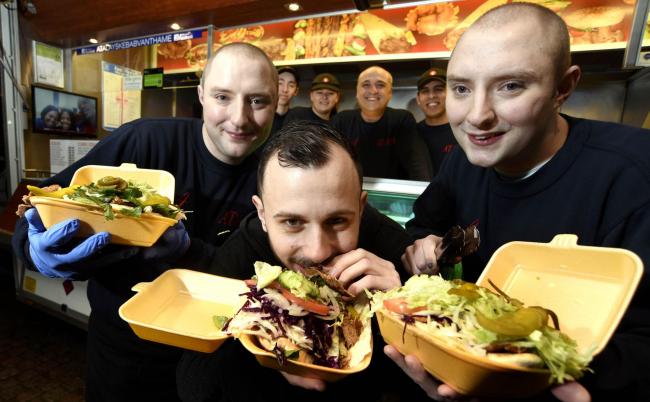 This article was first published on the Bucks Free Press on 13 March.

Doner meat maestros in Thame have defended their title at the British Kebab Awards.

Atalay’s Kebab Van retained its crown for kebab van of the year at a ceremony in London last night.

The van, in the town’s High Street, was founded by Turkish-born Resul Atalay in 1988 and is now run by his twin sons Jason and Josh.

A statement released by the award organisers said: “Resul is famous for making his own doner from scratch and his homemade chilli sauce has no less than 30 ingredients.”

The business posted about its success on social media, thanking customers for their support.

Members of the public nominated 5,012 kebab shops, which were slashed to a shortlist of 153 based on public votes.

Finalists competed across 16 categories, including best regional takeaway and chef of the year.

British Kebab Awards founder Ibrahim Dogus said: “The kebab is on the march to be Britain’s national dish and the excitement around this event grows every year.

“Some of the kebabs being produced in the top flight are incredible.

“This cuisine is coming of age in Britain with interesting twists and, at its heart, good ingredients cooked well.”