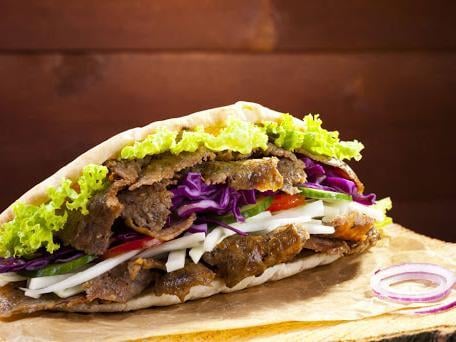 This article was first published on the MK Citizen on 29th March 2021.

Pasha Turkish Grill Restaurant in Buckingham Road, Bletchley, is a semi finalist in the best regional kebab house section, while DeRoka Restaurant at The Hub in Central Milton Keynes has made it to the top under the fine dining category.

In the customer satisfaction stakes, there are two local restaurants in the semi finals – Antep Kitchen in Stratford Rd, Wolverton, and Sunats Kebabs in Bletchley’s Queensway.

Customers can now vote for their favourite to win the awards, which are run in association with Just Eat and supported by the Kebab Alliance, the sector’s trade body.

The awards, in their ninth year, are designed to recognise and champion the efforts of local kebab takeaways and restaurants across the UK.

The semi-finalists all have a chance to secure one of 18 awards at a ceremony at the Park Plaza, Westminster Bridge Hotel, on 26 October.

Ibrahim Dogus, founder of the British Kebab Awards and Director of the recently formed Kebab Alliance, commented: “Kebab eateries are a key part of the local community and it’s great to see so many entries at the end of a year that has tested every business operating in the hospitality sector. Getting to the semi-final is a real achievement given the competition across the country and all outlets should be rightly proud. We wish all semi-finalists the best of luck.”

Andrew Kenny, UK Managing Director of sponsors Just Eat, added: “We’re delighted to continue our sponsorship of the British Kebab Awards, which recognises individuals and businesses at the forefront of the kebab industry. Not only do the longlisted restaurants and takeaways serve fantastic food, they also offer a vital source of local jobs, bring diversity to our high streets and make a significant contribution to the UK economy – particularly important at the end of a challenging year.”

Business and Industry Minister Nadhim Zahawi, who is currently serving as the Minister for the COVID Vaccine Deployment, said: “I have been a big supporter of the British Kebab Awards since 2013 and look forward to attending the 2021 event and being on the judging panel. Recognising the UK’s thriving kebab restaurant and takeaway sector is very important. I’m proud to be part of this landmark event which will showcase what the sector has to offer and reward the best businesses for their success.”

Voting is now open to the general public who select their favourite kebab eateries here.